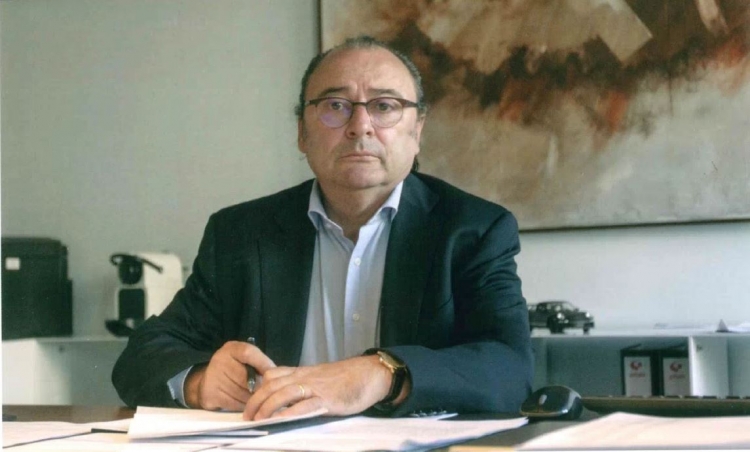 We Want to Spread the Joy of Boosting New Initiatives Promoting Hard Work, Hope and Creativity

Eutimio Martínez Suárez, Managing Partner at ONTIER Oviedo, explains why we decided to sponsor the ONTIER Cup in an interview for the magazine of the Oviedo Tennis Club.

How did you came up with the idea of sponsoring a sports event and why did you choose the Oviedo Tennis Club?

There are two reasons why we decided to sponsor this tennis cup: first because ONTIER was born in Asturias, and because it was a cup with a certain background and footprint to it, which would be beneficial to our brand as well. It's one of the cups with the longest history in Spain.

Have you got some kind of benefit with this sponsorship already?

It's the second year we're sponsoring the event, and we signed a five-year contract. We're not here trying to get some benefit, but it's true that we are noticing that our brand is gaining strength in the area with this, and we want to spread the word in our Madrid offices for our clients there to know as well. Plus it's a really beautiful cup, because it's a small cup focusing on future tennis stars. Many champions started there. At the cup we're committing to promote talent, hard work and to help future tennis stars.

How have you experienced the cup as a sponsor?

Last year we invited a lot of people to the matches and I believe it's a really beautiful experience. We want to widen the cup's sphere, and we've already started the Mini Cup, to promote tennis for kids. There was also a women's cup we're thinking of holding again this year. Besides the commercial implications and branding, with this cup we're also seeking to promote tennis and to make it possible for anyone to enjoy this sport.

Are there more activities planned for this year?

We have some ideas, but we also need to face the facts and stick to the budget we set. Plus even though the court is great, it's not big enough to hold large-scale events. We need to manage our assets wisely to create a cup that stands out, as it always has, and to make it unique and different.

Are you focusing on everything cup related then?

The tennis players that join the cup are future stars seeking to earn points. We need to make the cup stand out, boosting the Mini Cup or creating an exhibition match. Last year we created a women's match aimed for the women here to join it because it was inspiring for them to play with tennis stars, but it never aimed to become a match for female tennis stars. That's what we want to do with the Mini Cup: we want to spread the joy of boosting new initiatives promoting hard work, hope and creativity. So simple yet so complicated.