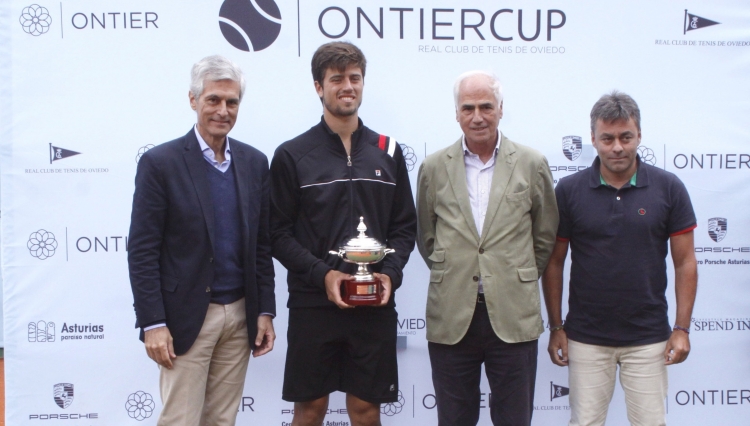 Spain
The final session of the ONTIER Cup took place on Saturday at the Oviedo Tennis Club. Sponsored by ONTIER for five years (this is the second year), the cup came to an end in a final session full of thrills with the final match by Eduard Esteve and Joao Menezes, being this last one the winner of this edition of the Cup, scoring 6-3 and 6-4.
Adolfo Suárez Illana, ONTIER International President, and Juan Avendaño, Sports Advisor at ONTIER and former captain of the Spanish team of the Davis Cup, attended the awards ceremony as ONTIER representatives. Bernardo Gutiérrez de la Roza, CEO, and Pedro Rodero, ONTIER Spain Managing Partner, also joined them.